SHOWCASE: Tencent Video Taps into the Value of International Partnerships

Tencent Video has been seeing growth in the kids and family space, both within China and internationally, and it all comes down to one key asset: great content. “Providing high-quality, original and exclusive content is driving our growth in subscriptions and viewership, while we can also tap into the richness of our IP portfolio to unlock a wealth of opportunities to drive synergies across a variety of media formats, from animation to drama, films and entertainment shows,” says Selina She, director of the kids’ IP development and programming center at Tencent Video. “We have also introduced new technologies to create integrated viewing experiences and to produce enriching short video content that helps to maximize the appeal and reach of our long-form content.”

This strategy has positioned Tencent Video as a leading online streaming platform in China, with more than 124 million subscriptions, and primed it for international gains. “The success of our self-produced content inspired us to expand globally through collaboration with some of the finest international production companies,” adds She. “Together, we are creating high-quality fresh and original shows with true global appeal.”

Tencent Video has been collaborating with international partners on joint productions, which “broadens our perspectives and possibilities, enabling us to learn from some of the industry’s best talents and allows us to create outstanding content, with the potential for longevity, that appeals to kids and families worldwide. Our partners benefit from our in-depth insight into the local market, plus our exceptional streaming expertise.”

And the company is delighted with the success of its first collaborations. The Coop Troop, for one, is an animated series aimed at 5- to 9-year-olds co-produced with Sixteen South, France Télévisions and Mikros Animation. Deep in the Bowl is a co-production with ZEILT productions, aimed at kids 8 to 12, that is inspired by the popular French comic books Le Fond du Bocal by Nicolas Poupon. A collaboration with Silvergate Media led to The Creature Cases, the first season of which launched on Netflix this April and is already a hit show. Tencent Video recently teamed up with BBC Studios and BBC Children’s for Supertato, based on the best-selling book series of the same name by Sue Hendra and Paul Linnet.

There is also a bevy of homegrown originals on the Tencent Video slate, among them The Adventures of Little Penguin, which is distributed by Superights. Kung Fu Wa!, a co-pro with UYoung that is distributed by Federation Kids & Family, has been picked up by Discovery Kids LatAm and POP in the U.K. And an announcement about international distributions for Pet Hotel is coming soon.

Also coming up, there’s a second season of Monsters in the Forbidden City, a live-action and animated series produced by the Chinese animation studio Original Force. Rainbow Bubblegem, a partnership with Live Fun and Campfire Aniworks, is a 3D animated fantasy aimed at children aged 6 to 9. Shasha & Milo is a CGI action animation in collaboration with Zodiak Kids and Family and Pingo Entertainment.

“The Adventures of Little Penguin has no language; the characters communicate through universally understandable sounds, expressions, gestures and actions,” says She. “Monsters in the Forbidden City taps into myths and legends, connecting with kids’ imaginations and their love of fantasy, magic, mystery and wonder. Kung Fu Wa! is a high-octane superhero action comedy with a relatable and inspirational heroine. And comic animals like those in Pet Hotel are always a winner!”

She adds that Tencent Video couldn’t be happier with the results of its international co-production partnerships to date, “and we are eager to expand on this great work to forge new collaborations and create more outstanding content.

“We’re looking for compelling stories and globally appealing characters for content with wide appeal, both here in China and internationally. And while we want to engage and entertain children with our output, we also want to provide content that will help them to learn and grow—whether that’s improving their numeracy, literacy and knowledge or helping them to acquire valuable life skills that build confidence, empathy and communication abilities.”

While always on the lookout for exciting new IP, Tencent Video is also keen to develop literary adaptations, such as with Supertato.

“With more international projects forthcoming and ambitious marketing plans in place, Tencent Video Kids is set to further expand its global footprint in the coming months and years,” She says.

All from Tencent Video 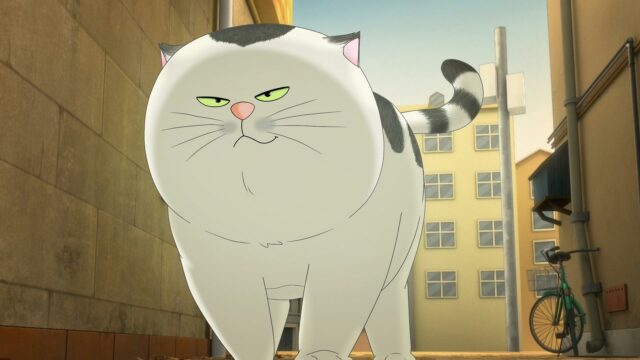 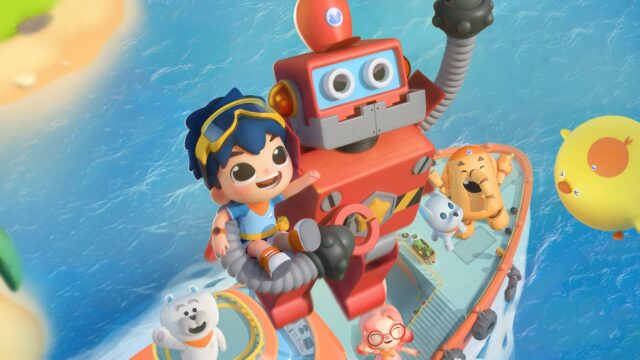 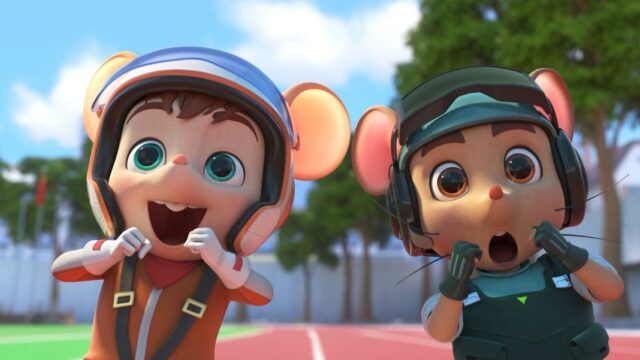 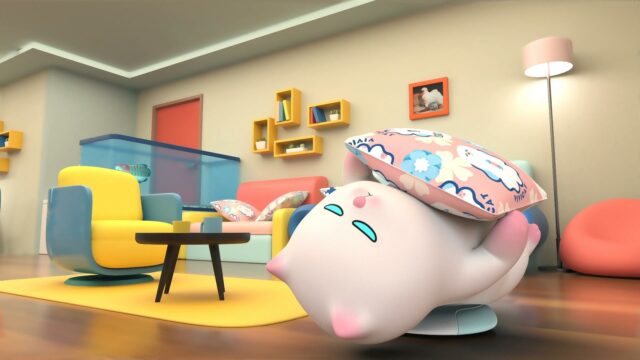 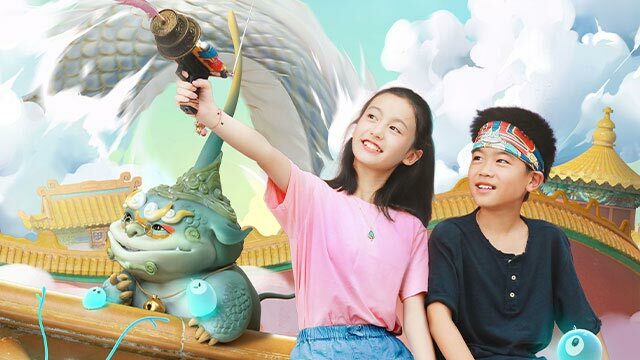 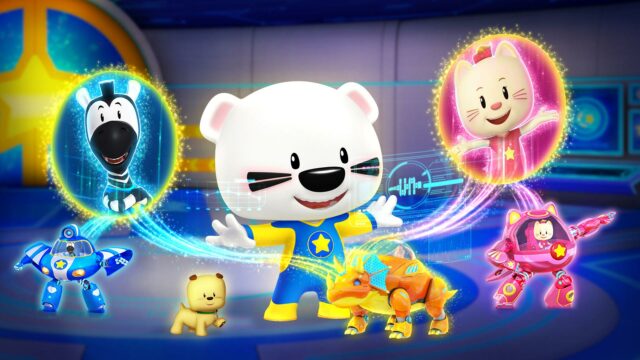 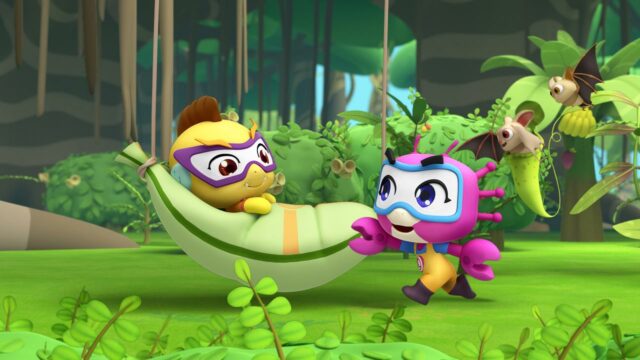 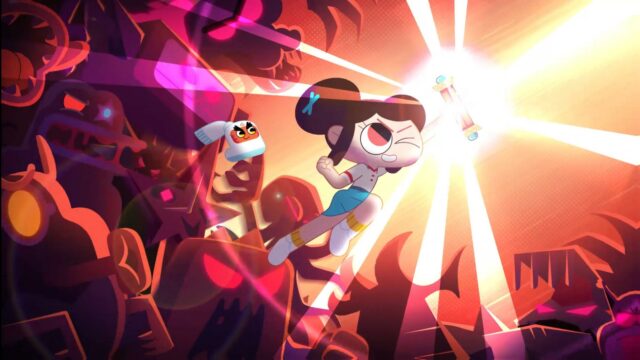 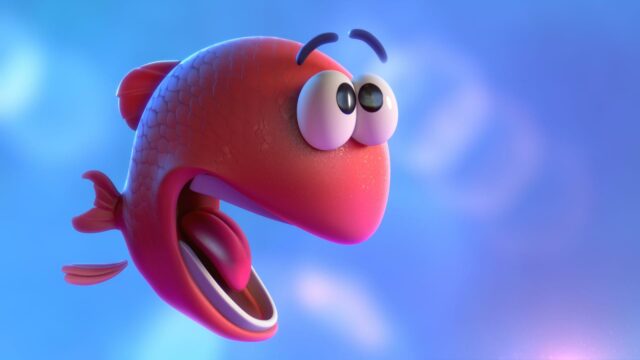 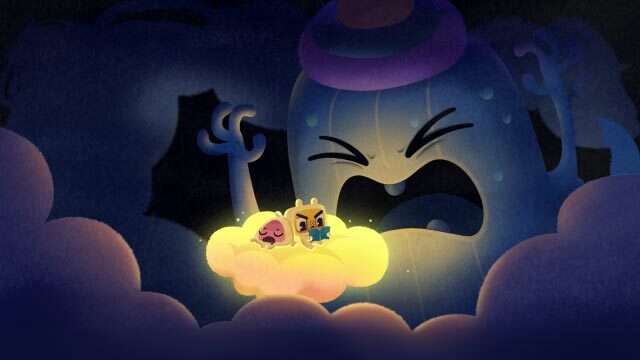 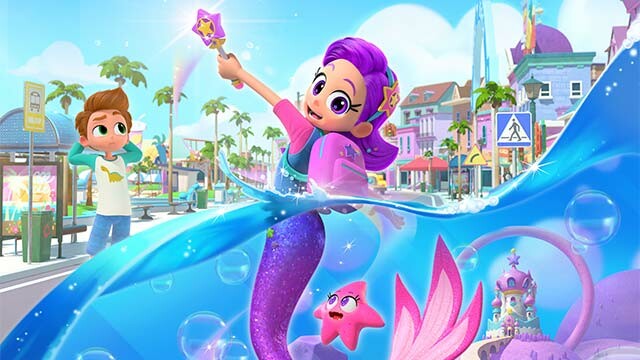