Back in 2018, Gusto TV made the decision to pivot away from content sales, rolling out its own streaming channel and VOD service. Today, its titles can be viewed in English, Spanish and Mandarin across 117 countries on 42 different platforms. “What makes Gusto unique is that 100 percent of the programming on our channel is created by us,” says Chris Knight, CEO and president of Gusto Worldwide Media. “Everything is done in-house, as opposed to commissioning programming or acquiring programming from other companies or producers.”

Shifting everything in-house has given the company a competitive advantage as well. “It allows us to control the quality of programming, control the brand,” says Knight. “It also is a more cost-effective way of making programming, which allows us to make more of it. We’re not paying for somebody else’s overhead and somebody else’s product development. It’s all our own. The content is proprietary.”

As Knight points out, food programming enthusiasts who want to catch Gusto TV content are compelled to go to Gusto TV. Another boon is not having to worry about the price of admission when it comes to title distribution. “We’ve been able to grow the business without relying on third parties,” says Knight. “Trying to get international or global rights to a program from a third-party distributor can be cost-prohibitive. When you want the rights for the entire world, that can be challenging.”

With a business model like Gusto TV’s, the brand’s relationship with viewers is paramount. “It’s a brand-new world where technology has met opportunity but the challenges remain the same: revenue generation and viewer experience, maintaining the viewers,” says Knight. “When people turn Gusto on, they leave it on for a long time. We’re a sticky channel…. We have really good relationships with our viewers.”

To keep nurturing those relationships, Gusto TV is currently shooting a number of new shows. Among the recent titles it has debuted is One Big Recipe, hosted by Montreal-based chef Kimberly Lallouz, who shows audiences how to create a successful four-course dinner in a single afternoon. CombiNation Plates, “which is probably the most innovative, cultural fusion food show ever made,” according to Knight, sees a unique plate developed from combining two classic culinary dishes from two different cultures. Other highlights include DNA Dinners, in which 16 people learn about their roots through DNA analysis and celebrate them through food, and Up the Dish with Missy Hui, Poppy Sandler, Tiera Singh and Micah Trainor.

Gusto TV has brought its content to The Roku Channel and recently launched its own Roku app. It has also become available in India via Samsung TV Plus. In the last few months, the company has further secured deals with Philo, SelectTV and AVO TV. “Growth markets for us continue to be India and Latin America, and we’ve just dipped our toes into Africa with AVO,” says Knight. “The challenge is making new friends in those markets when, up until recently, you couldn’t get on an airplane.”

While the pandemic put a pause on in-person markets and networking, it provided a silver lining for Gusto TV in that people stuck at home were turning to cookery content for comfort. “Two things that people are doing more of now than ever before are watching content and cooking; around the world, our programming has hit a zeitgeist,” says Knight. “Our audiences are ‘boffo,’ they have been growing like crazy.” And while advertising revenue took a dramatic dive a year and a half ago, it has been steadily climbing back ever since. “Growth in advertising revenue has not been commensurate with the growth in viewership. We’re seeing that increase now. We’re really jonesed about Q4 this year, and 2022 is going to be a really big year for us.”

As Gusto TV moves ahead, with new markets, bigger revenues and new culinary content for its viewers to enjoy on the horizon, it remains committed to the mission it has had from the outset: “If you look at our hosts, our programming, the cuisines we feature, the cultures we feature are truly global… and we say that food is the one true language and Gusto speaks all dialects,” notes Knight. “We celebrate culture, we celebrate food, we celebrate the things that we have different, all the while reminding each other of what we have in common. It’s joyously celebratory. Food is that and it should be celebrated that way. It’s remaining true to that ethos and those core values that have allowed Gusto to grow.”

Chefs Bianca Osbourne and Craig Wong take a culinary trip around the world, exploring two cultures and two cuisines then combining them to create one…

Inspires how to cook as opposed to what to cook. Featuring talented young chefs, watch as they explore the arcana of cooking.

A powerful and uplifting series that takes viewers on an emotional roller-coaster ride of self-discovery, with delicious dishes along the way.

Follow Chef Spencer Watts as he celebrates sustainability while demystifying how to cook some of his favorite seafood dishes.

This fast-paced series features healthy, family-style meals made in around 30 minutes for around 30 dollars.

Gusto TV is an international food channel with exceptional production values and sophisticated storytelling. With hundreds of hours of proprietary content, Gusto TV offers a culturally diverse lineup that is a feast for the eyes and connects emotionally with viewers. Gusto TV’s award-winning titles can be viewed in English, Spanish and Mandarin across 160-plus countries on 30-plus different platforms. Read more 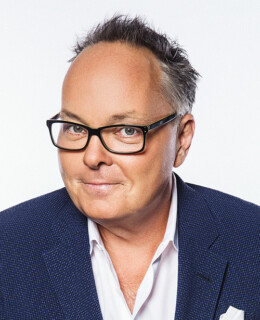 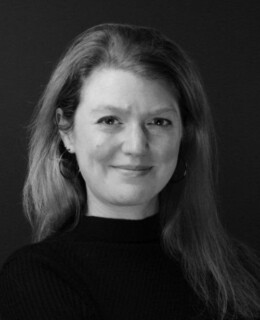 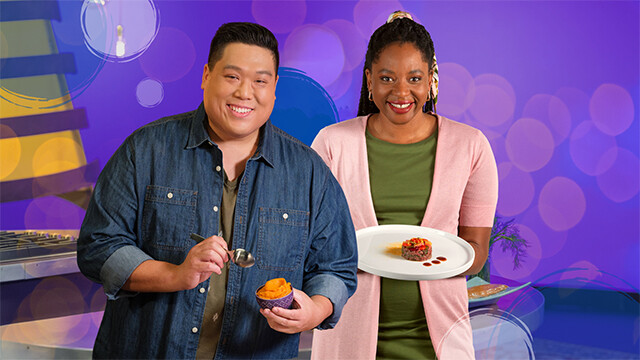 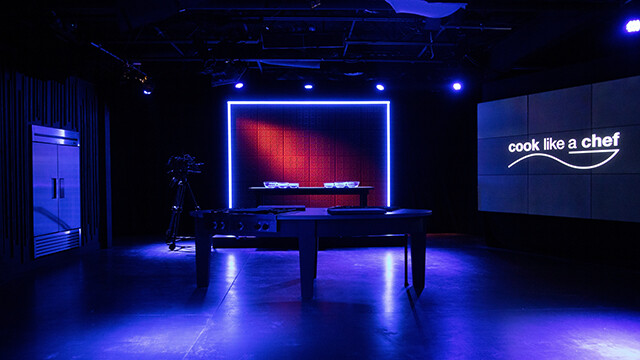 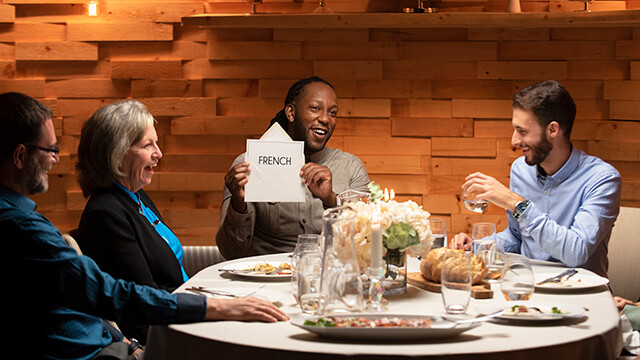 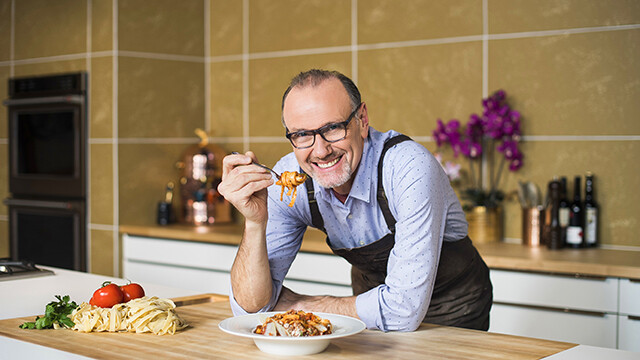 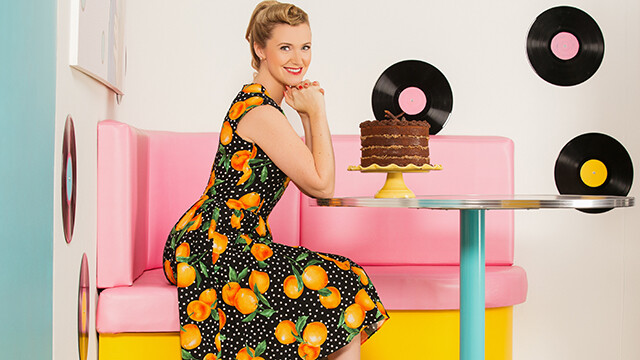 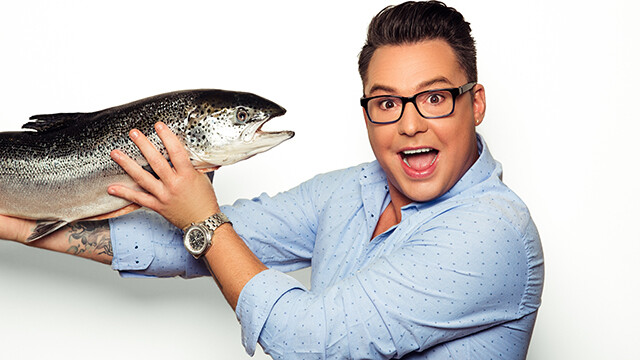 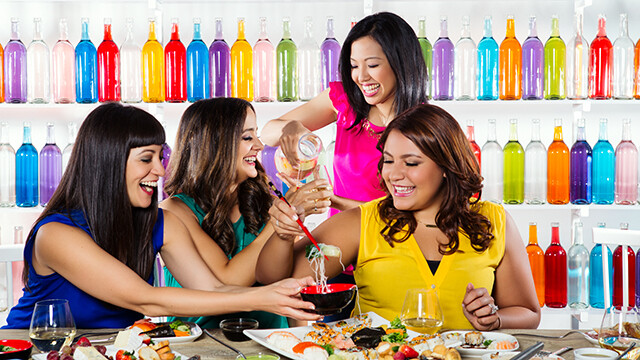 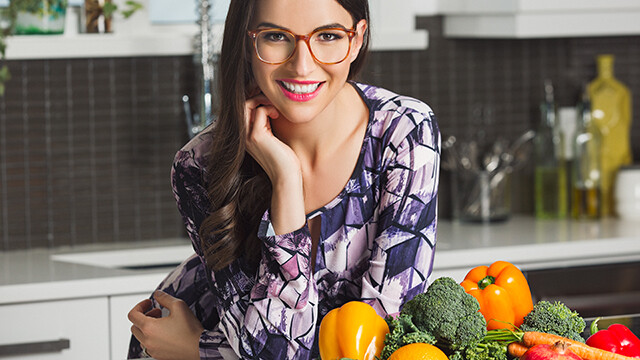 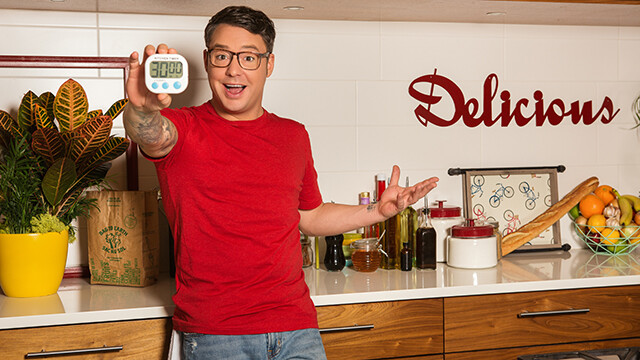 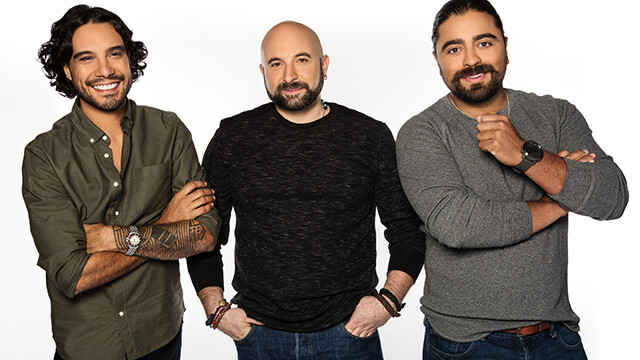