While Nicely Entertainment has been in growth mode since launch, it has taken a curated approach to remain a boutique production and distribution company. “It’s hard to believe that it’s been almost three years since we launched, but we’re now releasing 20 original films each year and are currently in postproduction on our third scripted TV series,” says Vanessa Shapiro, CEO. “Our 2023 slate is already filling up fast!”

The company has a library of over 50 movies—and counting. “What’s driving our success is simply delivering quality and everlasting content,” Shapiro adds. “We are putting our clients’ needs first in an increasingly noisy and competitive market, which is really what makes the difference.”

And though Nicely is growing, it has been selective and focuses only on projects that fit the company’s wheelhouse. “Our films follow female protagonists and tell empowering stories,” says Shapiro. “Many of our titles involve romance, but overall, we want to offer an entertaining experience and escape to the viewers. All our movies are centered around smart and confident female characters dealing with genuine dilemmas, which makes for a compelling story and a great movie-watching experience.” She points to the romance movie Love in Bloom as an example.

“What makes Nicely’s projects unique from a business standpoint is that we put the story first,” she adds. “That might seem obvious, but we don’t chase trends; we focus on great stories and co-produce films that audiences around the world genuinely want to watch. Whether it’s a Christmas movie, a romance or even a co-viewing family film, our throughline is all about offering a satisfying, inspirational and empowering experience.”

The company has ten completed projects for MIPCOM this year. This includes its third scripted series, The Christmas Checklist, an adaptation of a book, being done in co-production with Incendo. There are also seven new-release holiday movies, including Cloudy with a Chance of Christmas and A Christmas to Treasure, Nicely’s first LGBTQ holiday movie. And romance remains a staple, with titles such as A Royal in Paradise.

Nicely also acquires for its slate. “Films from third-party independent producers make up a significant part of our overall distribution library,” Shapiro says. “The genres of most of our acquisitions are in alignment with our originals. They’re generally Christmas romance films, summer romance movies or family co-viewing content.”

But, she adds, the company is open-minded in this area. “Acquiring alternative genres allows us to dabble in content realms we normally don’t get to work within, such as edgier thrillers or even horror titles, all of which we’re actively looking into. Some of our acquisitions are also driven by the significant growth of the AVOD market in the U.S. and the need for more content for these platforms.”

At MIPCOM, Nicely will be releasing the IMAX 8K HDR family-friendly documentary Beyond the Reef, an example of how it is expanding its reach with different formats and genres. “However, we’re always in need of good movies to fulfill Nicely’s brand and core mandate,” Shapiro says. “Cozy, fulfilling and warm stories will always be our main focus.”

In 2022, the company is delivering 20 original films, and next year, the plan is to release at least 25 new movies. “Our 2023 output might grow a bit as we enter into some elevated business discussions with a few close clients,” Shapiro says. “Also, we’re having several development discussions on what will be our fourth TV series, so we’re currently holding steady on at least one original scripted TV series per year.”

Shapiro expects Nicely will continue to grow and deliver a year-on-year increase in its output, “but as a business owner, I want to make sure we never lose track of our commitment to our clients with regard to delivering quality content,” she says. “We want to continue to grow but will do so strategically in a way that never sacrifices the quality of our titles.”

A grieving daughter discovers a red envelope from her mom with a final request: complete a 12-item checklist before Christmas—the last being, “find love.”

A pop fiction writer takes a post-breakup vacation and falls for one of her fans—only to find out that he’s actually a prince.

When a weather forecaster is asked to co-host her network’s annual snowcast with a longtime rival, tension brews and sparks fly between them on air.

When Joy discovers her boyfriend plans to propose, she begins doubting their future together; especially when a handsome maple farmer rescues her from a snowstorm.

The passing of a beloved neighbor reunites six friends for a holiday treasure hunt, where sparks fly between two former best friends, Austin and Everett.

To save her family’s contracting business, Blair teams up with her ex-boyfriend to build a tiny home project, rekindling old sparks in time for Christmas.

A baker famous for her “True Love Pie” accidentally gives the wrong dessert to a difficult customer and ends up the object of his affection.

An uptight attorney finds herself stranded at a retreat and falling for the care-free owner who’s in jeopardy of losing his lodge to her firm.

Sparks fly between two meteorologists while they compete for a position at a national television station and reinvigorate a dilapidated Christmas Village along the way.

An ad executive gets more than she bargained for when Santa grants her wish for a Christmas do-over, and she realizes she’s been missing precious…

An archaeology professor travels to Scotland in search of an ancient shrine that she hopes will revive her department, but finds more than she bargained…

Based in Los Angeles and founded by CEO Vanessa Shapiro in 2020, Nicely Entertainment brings 20 brand new “feel-good” TV movies to the global market each year and has built a library of over 50 films. Although Nicely’s main focus has been producing original romance and Christmas films for U.S. and VOD broadcasters, the company has recently expanded to include narrative TV series, including its newest family-friendly holiday series for CBC Canada, The Christmas Checklist. Nicely’s first series, the Netflix… Read more 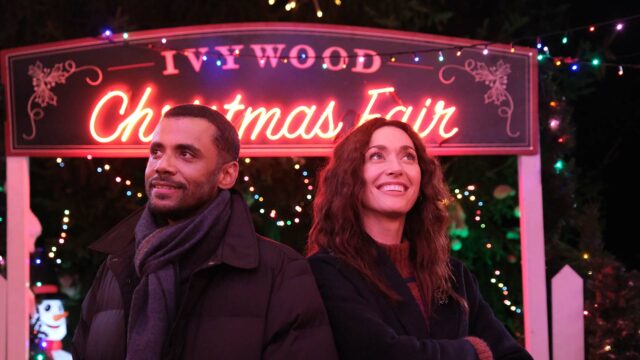 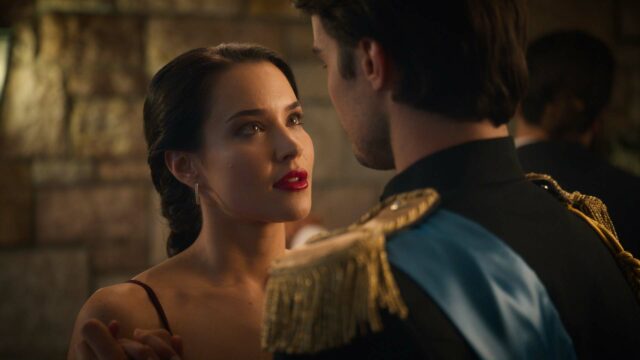 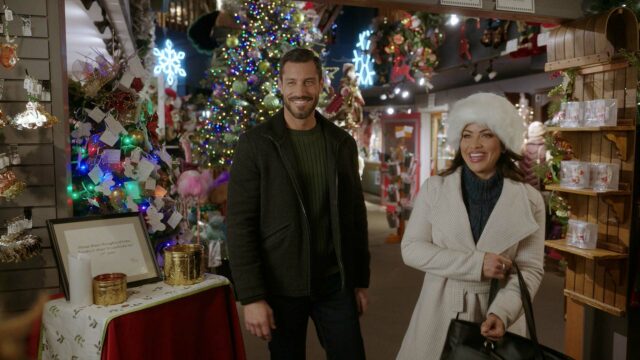 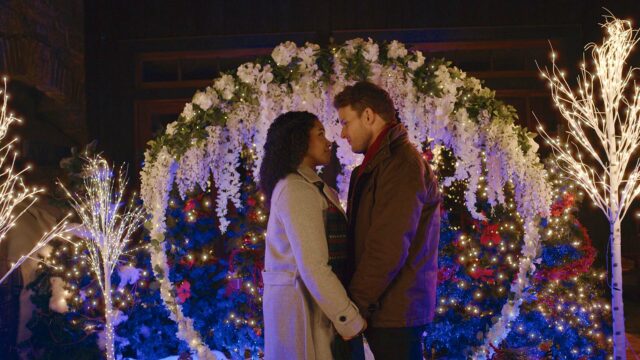 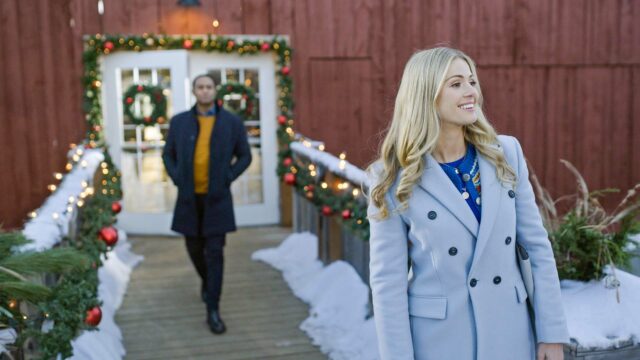 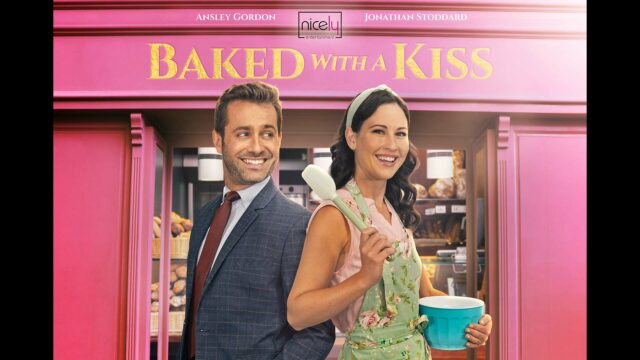 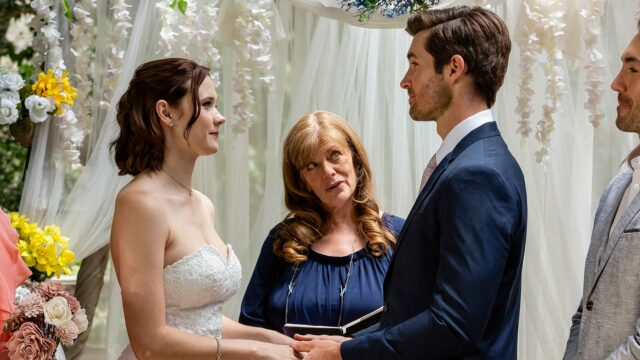 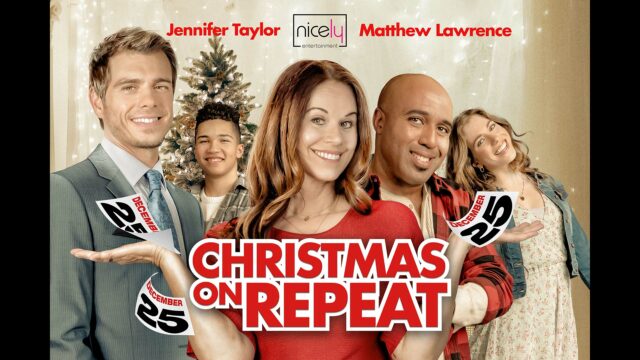 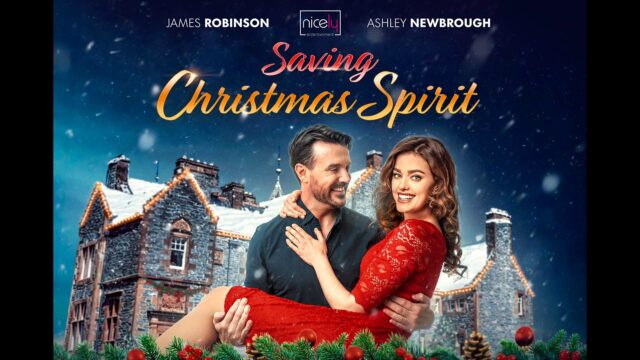