Increasing its output is a key priority for Studio 100 Media. The company continues to expand its slate of owned and co-produced IPs with various projects, including FriendZSpace, which had a successful launch on ABC Australia and Discovery Kids in LatAm, among others. With Vegesaurs, it is offering a visually striking concept for streaming and broadcast platforms, as well as licensing and merchandising. The show recently sold to the BBC and will launch on CBeebies later this year. A global master publisher agreement is in place with Macmillan Children’s Books, with the first books being released in spring 2023. Then there is SeaBelievers, which has established a genre of eco-tainment and will be showcased at MIPJunior on Sunday, October 16, at 11 a.m. in the main auditorium. The company is also adding new content for some of its key brands, like a second season of 100% Wolf and Mia and me season four.

On the licensing side, Studio 100 owns a strong portfolio of IPs and has added some high-value third-party licenses in the last couple of years. Those include renowned brands such as Sesame Street, NASA, Tetris, Die Wilden Kerle and Lucky Luke.

“We are seeing an increase in the importance of issues such as diversity and sustainability in the kids’ content area,” says Martin Krieger, CEO, on what buyers are looking for. “Producing a kids’ series that brings awareness and puts these key matters center stage is a wonderful development. Our industry has a certain responsibility when it comes to inspiring children, and it’s important that we contribute to making new generations understand what is going on in the world. With shows like FriendZSpace and SeaBelievers, we are clearly addressing those issues of diversity and environmental protection.”

Krieger calls Vegesaurs “the perfect edutainment for upper preschoolers, offering unique characters and a hilarious twist to the dinosaur genre. Kids and their parents fall in love with these fruit- and vegetable-shaped creatures, which obviously has a great side effect as it brings children playfully in touch with healthy food. Apart from translating this fun show into healthy eating concepts at retail, Vegesaurs addresses preschool themes like mealtimes, sharing, friendship and play.”

With Mia and me in season four, he says that it’s important to keep the show “at the top of the target group’s minds, and this highly successful brand has done so for ten consecutive years. Its key elements are fairies, elves and unicorns, while addressing values like teamwork, trust and true girl power (the latter is the most important).” Before the fourth season, Studio 100 successfully launched Mia’s first theatrical adventure, Mia and me—The Hero of Centopia, which will further be released in over 20 countries this year. With the series, the franchise has made its way to more than 170 countries. Another strong pillar for the brand is its online presence, with more than 1.5 billion views on YouTube and YouTube Kids and more than 207 million hours of viewing time.

Another returning success for Studio 100 is 100% Wolf. “First and foremost, the concept of the heir to a werewolf dynasty turning into a pink poodle instead of a werewolf is hilarious!” Krieger says. “At the same time, 100% Wolf allows us to tap into important values while delivering an amazing adventure comedy to the audience. With its claim ‘heroes come in many forms,’ it addresses the essential idea of diversity.” He adds that by releasing a theatrical movie parallel to the first season of the series, the awareness for 100% Wolf was significant. And announcing a second movie and season two of the series after two years signals continuity and franchise potential.

“Great kids’ entertainment leaves room to change the point of view, to create, dream, imagine and grow—this is our motto and branding not only for this MIPCOM; it also describes what we pursue at Studio 100 with our programs and brands, on top of entertaining kids and families,” says Krieger. “With all our business activities—from content production to licensing programs as well as the attractions in our theme parks—we want to create emotional experiences for audiences around the globe. This is reflected in our lineup for MIPJunior and MIPCOM with programs that inspire [kids] to dream big and grow (100% Wolf season two, Mia and me season four and SeaBelievers) or that provide a new point of view (Vegesaurs and FriendZSpace).”

An era dominated by the juiciest and crunchiest creatures ever to rule the planet: the mighty Vegesaurs. Each episode follows Ginger, the young Tricarrotops, and…

Each episode leads kids on an eco-adventure. Whether in the sea or on shore, the positive characters with their distinct seaweed hair, seashell nose, sea-colored…

A hilarious and dramatic concept about a boy trying to find his way in a difficult world—one in which he is an outsider. He is…

The fantastic adventures of Mia and her friends in the magic land of Centopia, where they must protect unicorns from villains of all kinds. Season…

Mats and Sari have to enter an unknown digital gaming world, play a game and defeat the mysterious GameMaster. Losing is not an option. If…

Heidi is a happy and communicative orphan girl. She lives with her grandfather in the scenic idyll of the Swiss Alps. Heidi makes friends quickly,…

The exciting and funny stories about the little mouse Tip appeal to the youngest kids, since Tip must go through all the fascinating adventures that…

Ssssh! Have you met Wissper? Wissper is a curious little girl. But not just any little girl. She can talk to animals. She was born…

A young bee named Maya has left her hive to discover the beauty and mysteries of nature. As she explores the meadow where she lives,…

Bumba the clown takes kids on some fabulous circus adventures, accompanied by many friends, speaking a fantasy language while a narrator helps to explain what’s…

In teenage soap style, five friends with big dreams and a raw musical talent discover haunted spirits of an old rock band that help them…

Studio 100 Media is an internationally active production and distribution company for high-quality children’s and family entertainment. The company’s best-known brands include Maya the Bee, Mia and me and 100% Wolf. Studio 100 Media has an extensive program portfolio, develops and produces animated series and feature films and distributes them worldwide. Other business areas include international licensing of brand rights, home entertainment as well as the company’s own pay-TV channel Junior and the production studio Studio Isar Animation. The company… Read more 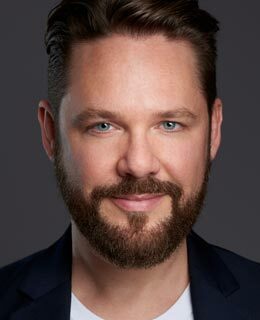 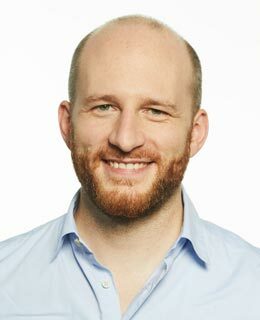 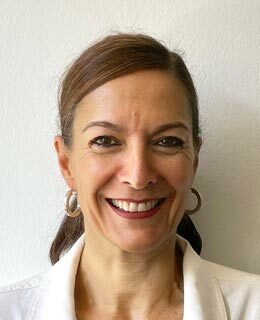 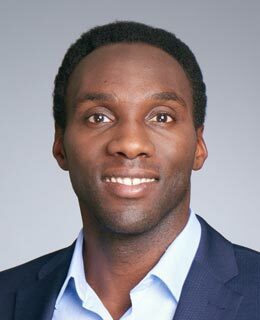 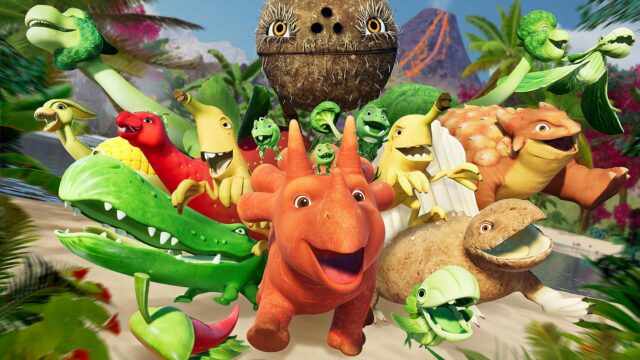 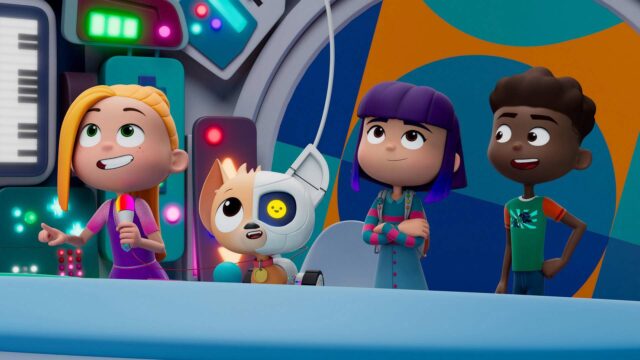 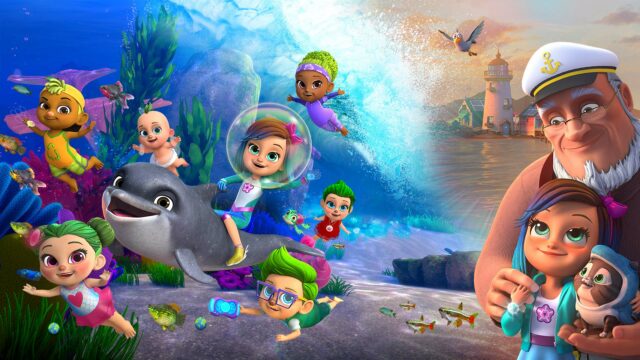 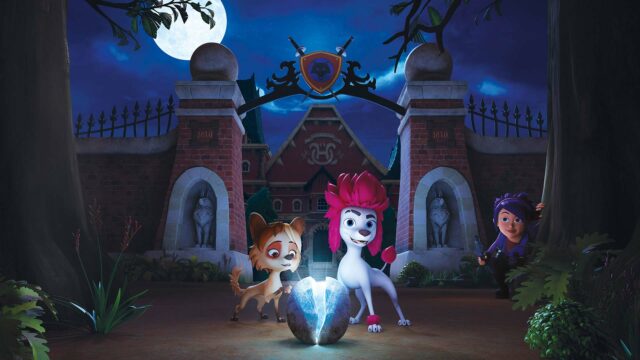 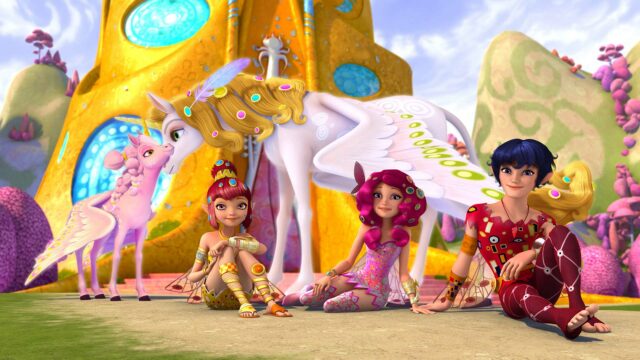 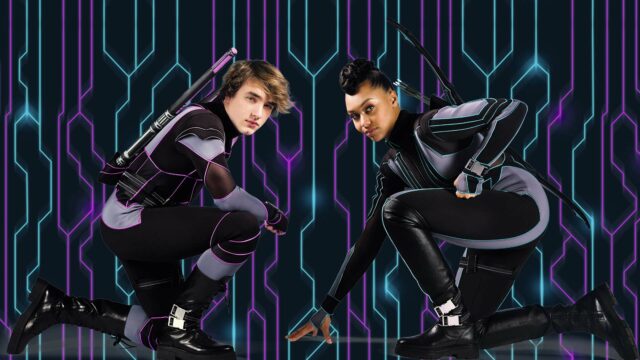 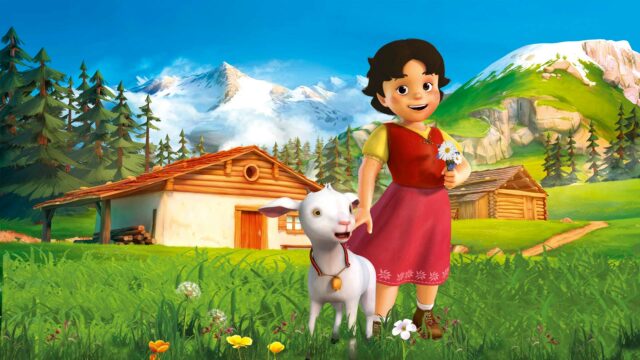 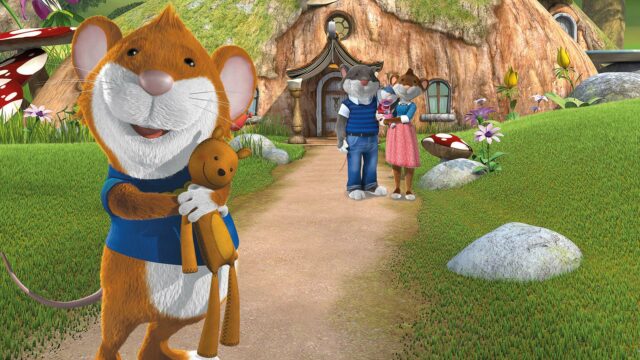 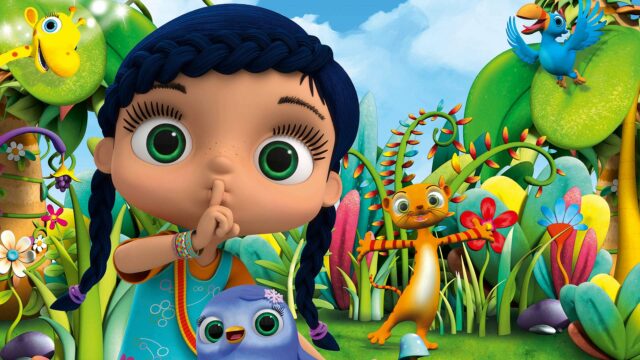 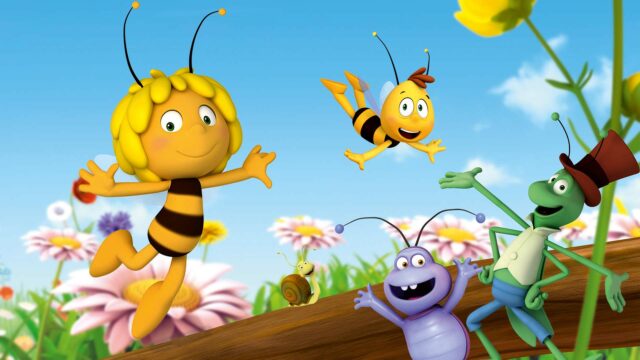 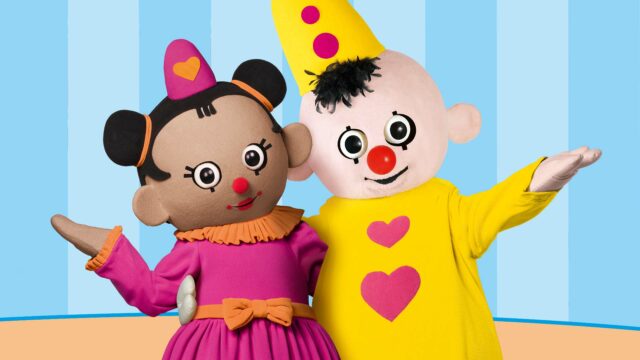 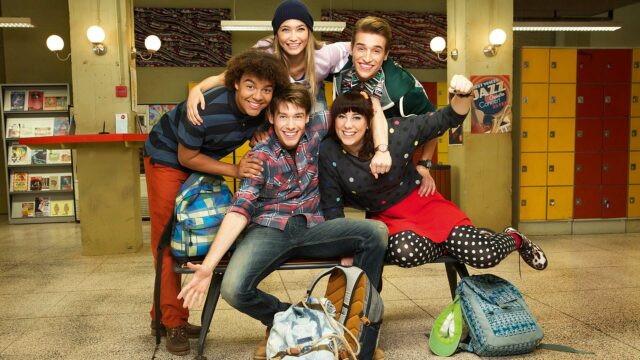